Today it came out that the Centers for Disease control in Atlanta has inadvertently exposed 75 of it's own employees to the deadly Anthrax disease.  According to CNN,

Early reports show that a lab did not adequately inactivate samples, which were then moved and used for experimentation in three laboratories not equipped to handle live Bacillus anthracis, or anthrax.

Believing the samples were inactivated, workers in those labs did not don adequate protective equipment, the CDC said.


These CDC workers would have most likely been exposed through either their lungs, or by direct skin contact.  A respiratory anthrax infection starts out mimicking a common cold, eventually leading to pneumonia and then death.  On the other hand, skin exposure to anthrax can cause brutal skin lesions and ulcers, but it is generally less fatal then a respiratory infection. 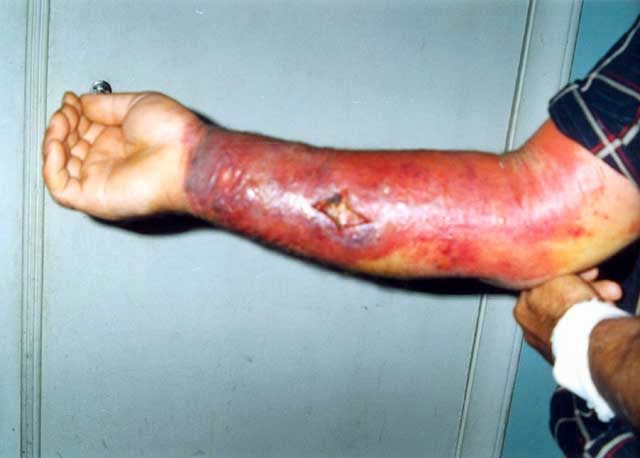 As for the case of the CDC workers, exposure is said to be low and vaccines have already been distributed.  The CDC said in a statement that disciplinary action will be taken against the workers who allowed this disaster to take place.
Labels: Health News

Welcome to the New Ape Health!